Sometimes we get caught up in thinking that odd is bad, when in reality odd is really just something that is strange or different from what we expected.

If I laid out the start of 2014 and the end of 2014 on paper, you’d determine instantly that the start was better. But you’d be wrong.

One of the great lessons of 2014 is that things that look good “on paper” rarely are as good as you’d expect. I have been a slave to how things should be “on paper” my entire life. I’ve picked men who were right for me…on paper. I’ve taken jobs that were perfect…on paper. I’ve made major life decisions because the pro/con list came out on the pro or con side of the paper. I love a list, make them often, and then try to get others to conform to them…on paper

2014 is the year that I got it. Yup…the year I FINALLY got the fact that the “on paper” life is not the life for me. My dreams for the future do not line up with what my bosses or HR or the executive team think is the next best decision for me. The “on paper” men I’ve dated have broken off little pieces of my heart time and time again because they follow the list on the paper and I…well…I don’t. On paper I should be the girl who follows a specific path, goes to a certain church, believes a particular thing, marries a type of man, and serves a demographic that makes sense.

That may be…but all I’ve got over here is torn up paper.

“Yes, I think I will take that new job with all the responsibility.”

“Yes, I’ll speak at your retreat.”

“Yes, I do kiss on the first date…yes I do indeed.”

“Yes, I think we should be prayer partners even though I don’t quite remember what that even means.”

Saying yes is a life-giving thing. It’s the thing you say when the next thing is worth the risk…or the reward…or because you are just so goddamn curious that saying no would be a huge let down. Yes is a word that makes me feel like anything can happen. When you say yes sometimes you end up in a new home. Or a new job. Or with new friends. Or dancing on a table. Or walking around with a sage stick sending the ghosts packing in someone’s new house. Or speaking about something like freedom to a room full of women who don’t know what it has taken for you to unpack your own captivity to bring them something new.

And YES…it is going to be glorious! 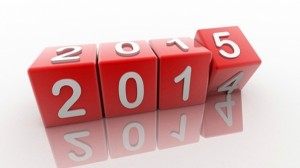 Contrary to popular belief, the word NO is also a life-giving word.

“No, I think we’ve exhausted this topic and if you don’t have anything else constructive to say then I’ll hang up now.”

“Nope, I don’t believe I will see you again.”

“Hmmmm…nah. The very idea of that makes me uncomfortable so let’s skip it.”

Those who know me well think I’m a long time pro at saying “no” but that is untrue. Sure, when honestly is called for, I’ve oft been the person who sucks it up and speaks truth. But in the oddness of 2014, I somehow realized that saying no to some people actually just makes me feel good. When the guy who has strung you along for weeks keeps saying “When am I going to see you again?” and you finally say “You aren’t”…there is joy in being the one to put a bullet in that fiasco. When the person says “I think you should write this document” and you say “No. I don’t think I will” and you feel life return to your brain. When you read something that tells you definitively that you are not alone in your thinking and you hear yourself say “No, actually I agree with that person and their theology” and you take breath into your lungs for the first time in what feels like years.

And though often unexpected and therefore odd to the ears of those used to getting their way, I shall continue my practice of the word “no” in 2015.

And then one day…in the middle of a very odd year…you catch a glimpse of yourself in the mirror and your face smiles back at you. You realize that you like what you see. You like who you are. You are grateful to be in this life…in this moment…in this place…with these people…breathing this breath.

But if you only have people who will make THAT list in your life, you should put on your running shoes and get the fuck out of town as fucking fast as you fucking can. 🙂 Because there is a whole globe of other people who would love to know you. Some who already do. Some you’ve known for years who will remind you regularly how much fun you are and how glad they are to have been your best friend for 17 or so years (thanks Jelisa). And there are people who tell you regularly that you are good and lovely and that you should love yourself (thanks Nic). And there are bosses who will tell you how good you are at your job even if you are crying because you are mad about something (thanks Brad). And there are friends who say things like “Today I pulled a Leah and stopped an entire conversation” and it makes you feel proud and blush at the same time (thanks Marilyn). There are the friends who read your sermon notes and then tell you how brave you are…followed by telling you that you are going to KILL IT…so that when you do you remember that they were so damn sure (thanks Tanya, Cheryl, Leslie, Nicole, Emily, and Julie). And let’s not forget the sister who told her church ladies you’d be good in the first place…even though she knew you were kinda all over the place in your faith for the last several years (thanks Kelly). Seriously…this list could go on and on and on…because I am loved.

People love you. If my saying that makes you roll your eyes and if you don’t know who these people are, you aren’t paying attention. Hell…just try throwing your hands up to the sky and saying “I’d like some lovely people who like me a lot please!” Because God will bring you some. She LOVES that sort of thing! Connections are her speciality!

So the Mirror…in 2014 and the years before, my mirror often reflected what others saw…good and bad. But this year…more than any year before…I began to believe in the power of love. Love from my people. Love from the Universe. Love from myself…to myself.

And then when I looked in the mirror…I smiled.

It was odd. And hard. And odd. AND HARD.

And who knew…oddness, like sarcasm and compassion, is one of my spiritual gifts!