I spent my day today at a writing workshop. We did five classes in five hours and I feel so blessed.

Praise the Lord God, the God of Israel,
who alone does such wonderful things.

The last class I chose for the day had the title “Rant” and it was just that. Our instructor read the words of Brandon Victor Dixon when he spoke directly to VP Elect Pence after a performance of Hamilton. She also read us Sojourner Truth’s “Ain’t I a Woman?” speech from the 1851 Women’s Convention in Akron Ohio.

In each case the speaker used their controlled fury at the system to speak what they needed to say to someone trying to keep them in submission to authority.

In the class, we were given the space to write a rant of our own…most of which in a Seattle writing class (as might be expected) were political rants against our newly elected future “leader” (and I used that word very loosely).

After a few of women had shared, one of the men in the class said “I’ll share but mine is pretty tame. You women are very angry.”

O Zion, messenger of good news,
shout from the mountaintops!
Shout it louder, O Jerusalem.
Shout, and do not be afraid.
Tell the towns of Judah,
‘Your God is coming!’
Yes, the Sovereign Lord is coming in power.
He will rule with a powerful arm.
See, he brings his reward with him as he comes.
He will feed his flock like a shepherd.
He will carry the lambs in his arms,
holding them close to his heart.
He will gently lead the mother sheep with their young. 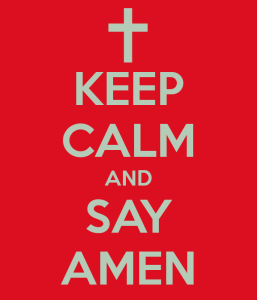