It’s last Monday morning at my desk when I get the following text:

Her: Got any plans this Saturday? What to do something Halloweenish?
Me: <after long pause> Like what? (I’m the worst at costumes which makes me a weird Halloween participant)
Her: What? You don’t have a Wonder Woman costume?
Me: I have a tiara.
<pause>
Me: My long standing joke is that Halloween is for skinny people. lol

LOL? Really? Does anyone reading this think I actually laughed…out loud or any other way?

Here’s what I wanted to be: 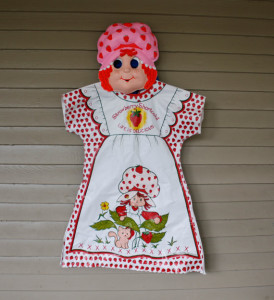 My mom, already not a huge fan of Halloween, took me to the local Payless Drug Store and we found several of these. All of them slightly to small for my chubby kid body. In the largest size, stretched over my little girl belly and butt, I saw the look in my mother’s eyes. I felt it. The dark ball of shame in my stomach.

We didn’t go to another store to look for another size. We bought the too tight costume and I began what I remember to be my first diet…in hopes of losing a few pounds before Halloween.

From that point on, Halloween began to be an emotional tightrope walk. Some years I managed to be creative enough in what I wanted to wear to avoid the tumble into discouragement. Other years the entire thing was a weird uncomfortable fight to just get through the entire season with the least embarrassment possible. Every year all I wanted was to avoid judgement…from my mother, from kids at school, from my own damn self.

And then I stopped. Long before everyone else did. I stopped participating. I’d say anything to deflect my reason…”It’s dumb.” “I don’t like to dress up.” “I’m just not into it.”

“Halloween is for skinny people.”

But this year, spending time with my friend was more important than my discomfort. And as I pulled on clothes I am comfortable in, comfy shoes, a tiara and a cape, I thought “Well, this isn’t so bad I guess.”

At 6, I held a mental memorial service for my body & Halloween…and I abdicated my freedom to fear and judgement. 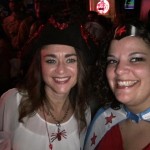