“If a man has a hundred sheep and one of them wanders away, what will he do? Won’t he leave the ninety-nine others on the hills and go out to search for the one that is lost? And if he finds it, I tell you the truth, he will rejoice over it more than over the ninety-nine that didn’t wander away! In the same way, it is not my heavenly Father’s will that even one of these little ones should perish. (Matthew 18:12-14)

My friends and I were talking today about what it looks like to be willing to die for a cause you believe in. Dying, and talk of dying, may seem extreme. But dying has seemed extreme many times in history.

And yet…choosing death over the desolation of a people group has been done before. Throwing in with the underdog is something that the righteous have done. Being willing to stand in front of the tank, take the bullet, go to the gas chamber, sign the registry…these are things that have been asked of us…of Christians…of humans.

Never! Can a mother forget her nursing child?
Can she feel no love for the child she has borne?
But even if that were possible,
I would not forget you! (Isaiah 49:15)

Let them all praise the name of the Lord.
For his name is very great;
his glory towers over the earth and heaven!
He has made his people strong,
honoring his faithful ones—
the people of Israel who are close to him. (Psalm 148:13-14)

I hope we never have to know…but I’d suggest that the time is right for you to think this through. To decide what…who…is worth it to you. Who will you fight for? Who will you throw in with?

As for me…I already know that this is likely to get messy and I’m scared and ready…all in the same breath. 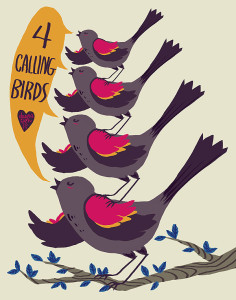