Courage is resistance to fear, mastery of fear, not absence of fear. –Mark Twain

So I’ve never been afraid of spiders, snakes, the dark or heights
I get a little itchy (my word for anxious) in enclosed spaces but nothing too dramatic
I am not afraid of the dentist but I’m terrified of the eye doctor
I don’t mind public speaking and have even sung at weddings or other events…but karaoke makes me uncomfortable…for other people and for myself
I’ve coached dozens of births and even assisted with a delivery in a bathtub. I am unflappable as a Doula
I swim in the ocean and mostly frown at others who tell me they are afraid of swimming in the ocean (including my dad’s brilliant weekend trips to swim in the Bloody Triangle off the coast of NorCal)
I don’t freak out in an emergency…as a matter of fact I get eerily calm
I’ve offered to pray with drug dealers at dusk in The Projects of a pretty sketchy city (admittedly not my brightest moment Kenny)

I am not afraid of dying…but I’m often terrified of living. 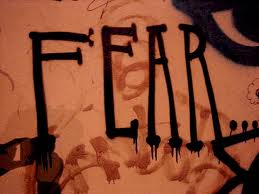 From a very early age I was not afraid of dying because heaven sounded like a decent escape from this world. My religious upbringing made this world out to be a place you just had to ‘survive’ so you could get on to the next thing…the good thing. The list of things that could keep me from getting to heaven was so long that even as a young child I would try to write them down just so I wouldn’t forget. I was terrified from my earliest memory of going to hell for every infraction. And apparently my mother was the decision maker of my destination…to that I say…well played Mom!

When you couple that sort of thinking with the tyranny of abuse I was going through, you have a cocktail for a little girl who grows up into a woman who is often afraid of living.

The list of things I’m afraid of is silly…and long. It includes things like:
Failure
Success
Being loved by a good man
Not being loved by a good man
Falling for a bad man (this one I have done so very well! haha)
Dancing (I said SILLY!)
Smoking pot
Being invisible to others
Being in the spotlight
The feeling I get when my mind races
The slowness of my brain when I’ve been drinking  (which cures the racing)
Brushing my teeth with my eyes open
Being beautiful
Being hideous
Being alone
Never being alone
Being homeless
Asking for help
Crying in front of people (Lord I wish I could be MORE afraid of this in Denver…I’m an idiot in front of the guys at work regularly)
Having my writing read by others
Never publishing a word

I’ve kept my fear at bay over the years by playing the “What’s the worst that could happen?” game. I am very good at this game. It’s like an epic game of ‘Would you rather?” played in my head…with no other players. 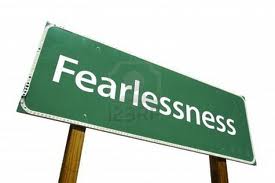 I want to play the “What is the best possible thing that could happen?” game instead.  I want to have other players in my life and even in my head. I want to take risks and start living like this is a planet that God intends to redeem instead of a planet that I’m waiting to escape.  I want to live like I see others living. With laughter, adventure, and dancing…coupled with compassion, productivity, and values.

I know it’s possible. Some of my favorite people live fearlessly. 🙂