I had such high hopes and good intentions for this year when it started. And it turned out to be one of the hardest years of my life personally. It also turned out to be a hard year for so many. 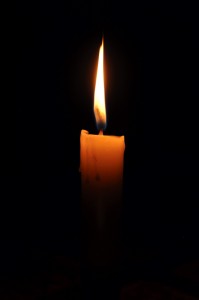 As I contemplate the death of yet another famous person…today it happens to be Carrie Fisher…I’m reminded again and again to remember that life is but a breath. I’m also reminded that in additional to Carrie, other breaths will cease today. Some will be in Aleppo. Some will be in Seattle. Some will be wailed and mourned over. Some will die quietly under a bridge to be found at a later time. Hands will be held and hearts will break.

But…and I mean this with all my heart…I believe each of us is a soul chosen, crafted, and given breath by God. And I believe that when we breath our last here, there is something else. I do not believe is some sort of rescue or mythical land where streets are made of gold. But I do believe that this spirit that inhabits me knows where it belongs and returns to that place…to that other Spirit…to rejoin with the hosts of others who have had their breath here and have their life there. Wherever there is.

So today…we mourn those who are gone…and tomorrow maybe we join them. But we go on. We go on here. We go on there. I believe we go on.

“The Lord formed me from the beginning,
before he created anything else.
I was appointed in ages past,
at the very first, before the earth began.
I was born before the oceans were created,
before the springs bubbled forth their waters.
Before the mountains were formed,
before the hills, I was born—
before he had made the earth and fields
and the first handfuls of soil.
I was there when he established the heavens,

when he drew the horizon on the oceans.
I was there when he set the clouds above,
when he established springs deep in the earth.
I was there when he set the limits of the seas,
so they would not spread beyond their boundaries.
And when he marked off the earth’s foundations,
I was the architect at his side.
I was his constant delight,
rejoicing always in his presence.
And how happy I was with the world he created;
how I rejoiced with the human family.” (Proverbs 8:22-31)