What they (whoever THEY are) don’t tell you is that after you go through a depression, you will often find yourself to be untrustworthy.

Well…not actually untrustworthy. Your decisions and desires may be spot on, but you’ll doubt, question, and second-guess yourself more than you might have ever before.

No one mentions that when faced with an important choice, you’ll sometimes look at yourself in the mirror and say “Why should I let you make this decision when a few days/months/weeks ago I couldn’t convince you to even get out of bed and take a shower. People who need coaxing to take a shower don’t strike me as strong decision makers.”

The same person who picked your home, said yes to the job you have, dated/married the person next to you in bed, suddenly might not have the qualifications to pick a new sofa when you really think about it. This person was the same person who could lose an hour while staring out the window at work, sometimes had panic attacks at the most inappropriate moments, and could make dinner and then forget to eat it before it got cold. So asking them to decide if it’s time to sign up for a class, trade in the car, or go on a winter vacation seems a little irresponsible.

The truth is, we are all as trustworthy as we ever were…depression or not.

None of us really knows what the hell we are doing.

We make choices. We try things. We give stuff a shot. We buy this or that or go here or there. We are friends with this person for a while and then realize what a mistake that was. Or we lose track of a dear friend and then realize their friendship is worth fighting for. We date, sleep with, marry some person and some days just want to bang our head against a wall in wonder at our own stupidity and then the next day can’t imagine life without them. We got that haircut, invested in that stock, and thought that was the perfect shade of blue to paint that room.

And none of us knows if we are right or wrong until we are in the thick of it. Or we might have been right. Then wrong. Or wrong followed by right. That’s life.

Yup…as much as you ever were. And certainly as much as the next guy or girl…actually…more trustworthy than them because after all, this is YOUR life. 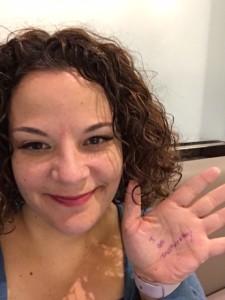